UNDER THE SKY OF ITALY

During 2020, launching the new 100% Italian wheat pasta, Barilla Spa has activated a major relaunch plan to bring the brand closer to people. Consumers have been placed at the center of the company’s marketing communication.

The Brand Activation consisted of a photo contest, at the end of which 80 winners were selected throughout Italy. Barilla has invited them to dinner at their home, making them taste a complete dinner created by a starred chef.

Pielle has followed the implementation of the project on the road, starting with the creation of mobile kitchens ad hoc for the event: the iconic Airstream was entirely fitted out with professional equipment and completely branded on the outside.

To facilitate the management of the winners scattered throughout Italy, 4 different teams have been activated, each consisting of: Team leader, Chef Barilla, Sous Chef and 2 waiters.

Our boot was divided into 4 areas, for each of which 20 dinners were served in 5 weeks, starting from 9 September until 11 October. 10 additional dinners were also served to some of the most influential industry journalists.

The Food Trucks were positioned directly under the winners’ homes who have received a starred treatment from mis en place to dessert. Furthermore, guests were able to follow the preparation of the dinners in live streaming.

The tour is ended as a huge success. Each diner has thanked for the professionalism of the staff, the efficiency in managing the tour and the goodness of the food. 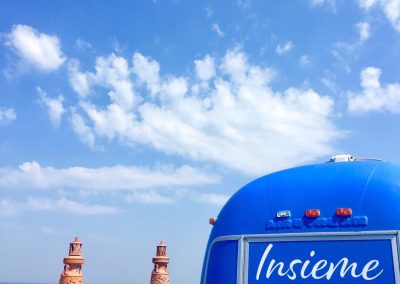 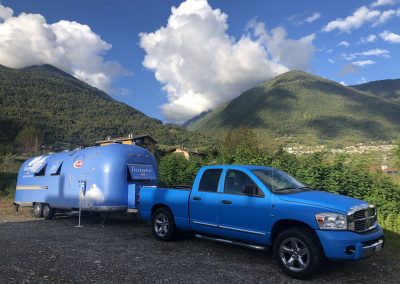 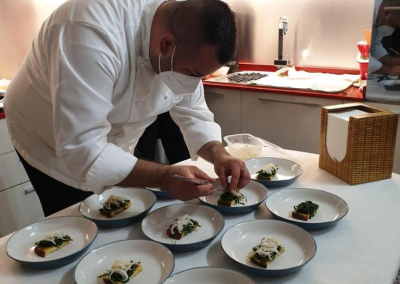 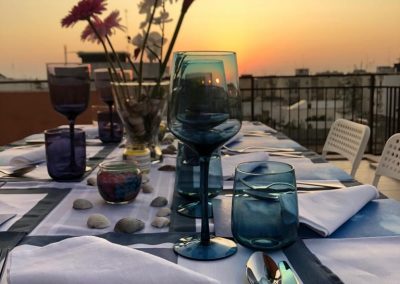