For 4 days during the Uefa Champion’s League Final, played in Milan between Real Madrid and Altetico, Pielle and its staff  have distributed, between Piazza Duomo and Piazza Castello (Center of Milan), 35 THOUSAND GLASSES of beer on behalf of Heineken, UEFA’s sponsor.
The structures from which over 14 thousand liters of product have been tapped are two containers for the transport of goods, which Pielle has adapted to a bar, rearranging the interiors with counters, refrigerators and providing all the hydraulic connections for the plug systems, making sure to respect all the hygiene rules and necessary  permits for the administration of the product.
Pielle also has provided DOCUMENTS requested for public land occupation, permits for advertising promotion, safety certificates, and has organized the HACCP COURSES for all the staff involved. 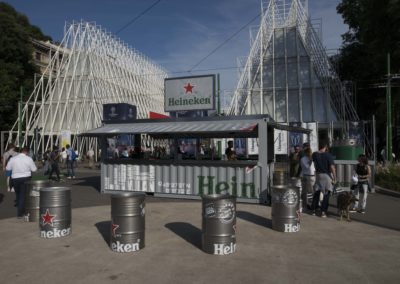 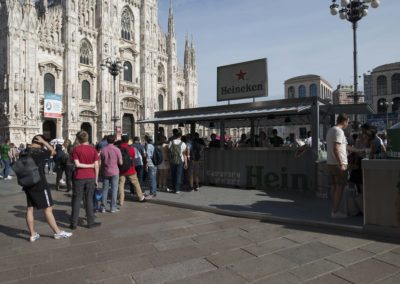 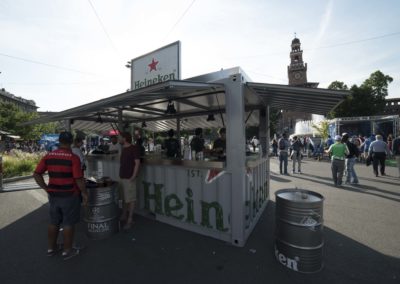 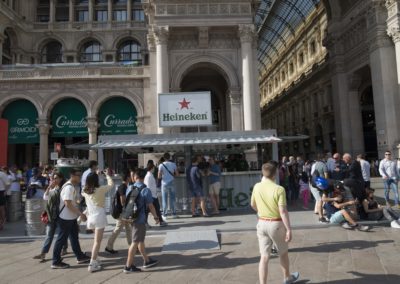 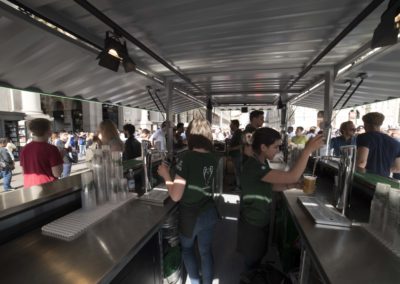 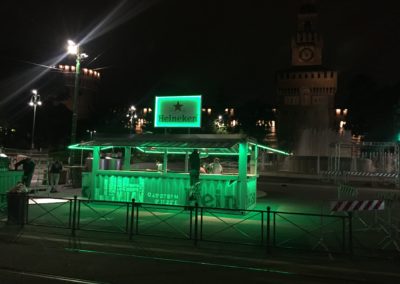