During the first day of practice for the Formula 1 Grand Prix in Monza, we have realized and set up a real FOOTBALL FIELD with a synthetic grass and we have placed it exactly on the STARTING GRID.
In addition to the turf we have provided the placement of the benches for athletes, the customization of the stands, the on-site painting of the lines of the field and the doors arrangement, all following the regulatory settings of an official football match.
The challenge this time was to make it all in a very short time, the football match was in fact played during a trial break, so Pielle had only 160 MINUTES IN TOTAL between set-up, dismantling and let play the classic 90 minutes of match. The match saw  F1 drivers against the old glories of football, all together for CHARITY.
An event of great interest for press and television. Sky Sports was there in the stands, along with many others. 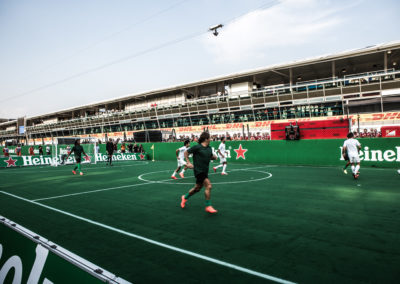 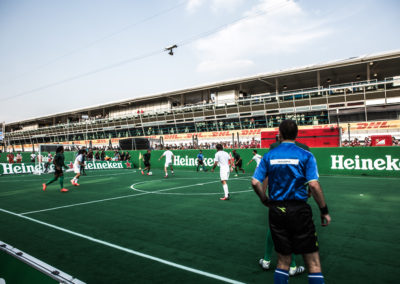 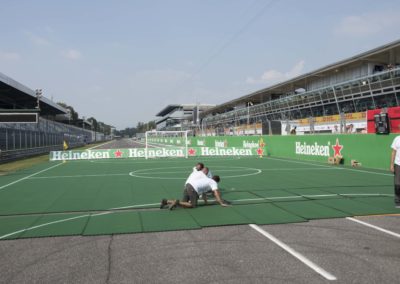